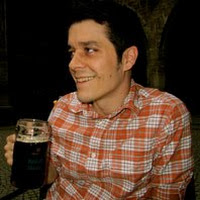 I'm Rex McConnell (a.k.a. rexmac), a software engineer, maker, and general technology enthusiast. I enjoy creating things both digital and analog. Want to learn more? Check out the about page.

Check out my blog for tutorials, notes, and ramblings on computer programming, web development, and other assorted topics.

I am currently looking for remote, full-time or contract work. If you know of an exciting job opportunity in web-development, please contact me.

You can visit my Github repos to see some of the open-source projects that I have created or worked on recently. My Projects page contains more detail regarding some of my recent work.

When I'm not coding, I'm often playing games or building things with my hands.

I decided to have some fun with different background effects using CSS3.

The first effect I wanted to achieve was a background resembling a sheet of notebook paper. I found a “Lined paper” pattern in Lea Verou’s CSS3 Patterns Gallery, but the vertical line wasn’t working 100% when I tested it. It looks fine in Firefox, but it only shows up at certain window…Continue reading »

I recently setup a private VPN using an Amazon EC2 instance. Unfortunately, while my Samsung Galaxy Nexus, which is running Android JellyBean, has no trouble connecting to the VPN, my wife’s Samsung Galaxy S2, which is running Android ICS, refused to connect. The only error on the phone was “Timeout”. Very helpful. Thankfully, the authentication log on the EC2 instance revealed much more:

Several months ago, when I decided to launch a new blog, I knew that I wanted a platform that would allow me to quickly and easily add new content (and manage existing content), while also spreading my developer wings and having some fun in the process.

I’ve used it in the past for personal projects and also for a few clients, but it always felt…wrong. From a user’s perspective, WP can be a pleasure, but it can also feel a bit daunting with it’s myriad of options in the Admin panel. From a developer’s perspective,…Continue reading »